Bubba Almony trained for many years to become one of the top celebrity bodyguards in the US. In spite of his deep discipline and strength to provide protection to VIPs, Almony chose to dedicate himself in his spare time to safeguard those most vulnerable: children.

A celebrity bodyguard based in Fairfield New Jersey, whose job includes protecting the family of Mohammad Ali and other celebrities, Almony capitalized on his bodyguard and celebrity friends to launch Bubba’s Celebrity Basketball Game.

Almony, a multi-award-winning Celebrity Bodyguard, has protected some of the top names in the world and is currently the bodyguard for Dr. Khalilah Camacho-Ali. She is the former wife, and mother to four children, of boxing royalty and the “greatest of all time” Muhammad Ali.

Dr. Ali came to know Almony well and participated in the Bubba’s Celebrity Basketball Game. She spoke to the packed auditorium about her own experiences with bullying, the importance of manners, etiquette, respect for others, and that every child should respect authority. She also shared some personal experiences she had with Mohammad Ali, including the humanitarian work they shared during their marriage, which occurred when he was in his prime.

"Humanity has been my whole mission,” said Dr. Ali. “We must help develop good character in our kids since that is basically the key to life. Once you get to do that, you’ll have a better family, and a better community.”

Dr. Ali said that it’s obvious that Bubba is beloved by the children he helps because he “sees things in a different light, the children are very impressionable around him. They want to be like him.”

With a resume including fifteen solid years in martial arts, a three-time national champion in martial arts, and owner of a renowned security services firm that includes armed professional bodyguard services, luxury armored vehicles, and security for events, Bubba Almony is no ordinary bodyguard.

Instead, he is a vocal, passionate anti-bullying leader, using his celebrity connections, his success, and his physical prowess to give back to children who are suffering from mental health issues, low self-esteem, and oftentimes victims of bullies.

His work as an anti-bullying advocate has been recognized by nonprofit organizations, such as the historic NAACP, Governors, Senators, and numerous Mayors. He was honored as 2020 humanitarian of the year by LV Magazine and the 2020 Best Celebrity Security by Buzz magazine in Morocco.

Bubba said keeps his focus grounded on building the organization he founded, Bubba’s Celebrity Basketball Game, in order to help children who are looking for a role model, and seeking to believe in their own future.

At the events, sheriffs, police, and firefighters participate in the Celebrity basketball games, connecting the local kids to their local authority figures. 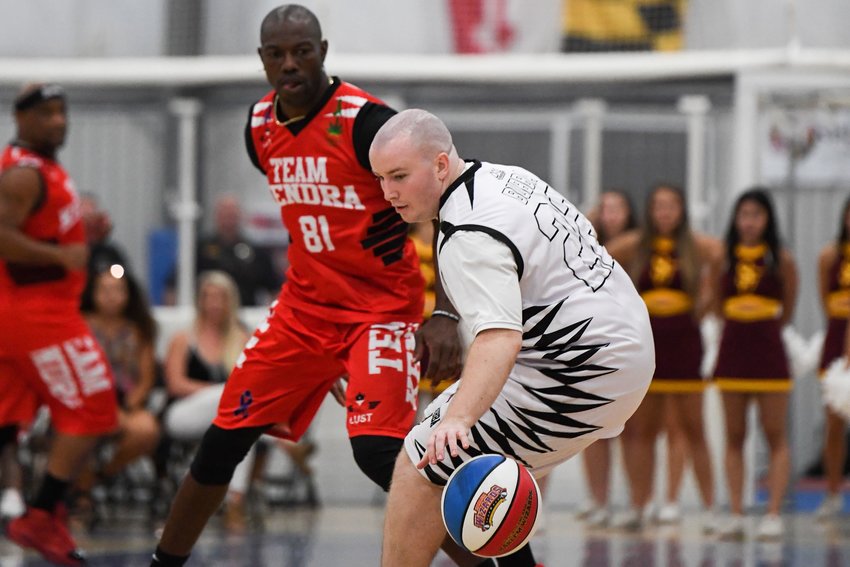 “With the small-town police and sheriffs all around these kids, we teach them to show them respect,” said Bubba.

Dr. Ali agreed, saying, “Especially in the black community, people tend to shy away from that respect for authority but the police are here to serve you, not kill you. We want our kids to look at officers like heroes, like back in the day, to look at the officer, veteran, doctor, or others  people in high places and respect them.”

“When I did my first event, I donated professional bodyguard services to children, using luxury vehicle services, and escorts with lights and sirens, for a ten-year-old bullied child that was comfortable having that experience,” said Almony. “We had four professional bodyguards, a fire truck and we did this on Halloween night. It really empowered him.” 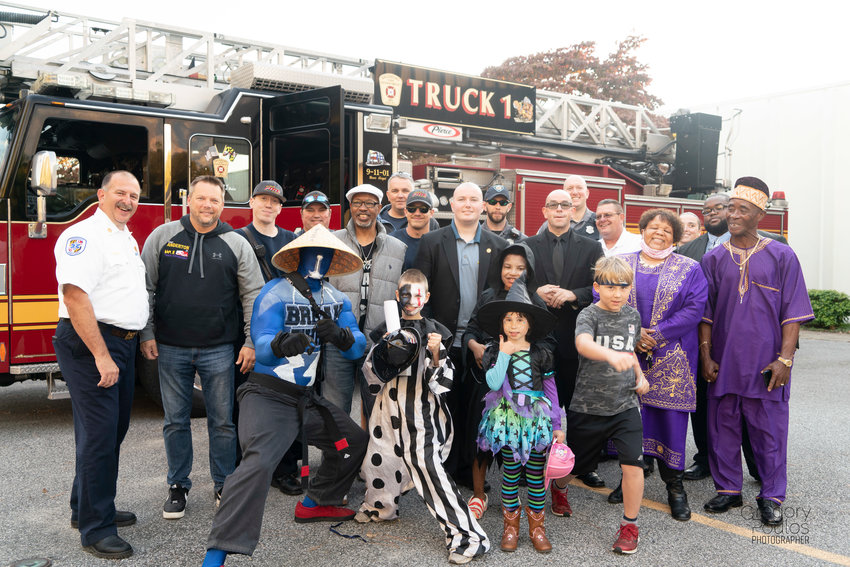 One Maryland child suffered from anxiety and depression, and had been abused at home, at school, and also exhibited signs of PTSD. Part of his experience with Almony was to be taken out on Halloween and offered a safe experience.

“We took him out from 5-8 PM, for trick or treating, and first went through his neighborhood,” explained Almony. “He rode in the vehicle with bodyguards beside him, and local police escorted him in the front and back, with their sirens going. We even took him downtown. He really loved it.”

Dr. Ali sees Almony as a kind yet strong figure, who wants to give. Back to children of every race, culture, and age.

“Bubba has been so gallant to reach out to me to join him,” said Dr. Ali. “This work is right up my alley. He gives so much to these kids and shares what he went through in life, so he can teach other kids how to pick up the pieces and turn to the positive.”

If you would like to reach Bubba Almony for Bubba’s Celebrity Basketball Game in your town, please email him at almonyadriano@gmail.com.

Dr. Ali has a new book coming out soon, The Forgiveness in Ali.