A Star is Born: RockHouse Live Opens To Big Crowds

RockHouse Live Clearwater Beach opened the doors to its exciting new entertainment-themed restaurant, bar, and venue on Friday, expecting a small turnout. It turns out they were wrong.

The Friday night official launch of the highly anticipated location, featuring music from local favorites #NoFilter, was greeted with so many fans the entire venue was packed until closing. The hundreds of patrons, including both locals and tourists, danced to live music, enjoyed indoor and outdoor seating and created a new hometown favorite for Clearwater Beach and the Tampa Bay area.

"We were expecting some people to come because of all the great press RockHouse Live has received for the past few months," said founder Zach Bair. "We knew live music would be something everybody was itching to be a part of again, after being indoors for over a year. But the turnout was unbelievable. It was just totally packed and rocking from opening until closing, from the first day and then every single day since.”

Patrons posted on social media, to the sound of live music and the sight of people dancing, eating, and smiling.

"This is the first time in a year I've laughed," said one woman, who was out with her husband and friends. "I feel like I'm ten years younger!”

Judging from the happy crowds, everyone agreed.

RockHouse Live is a first-of-its-kind hybrid live & virtual entertainment-themed restaurant, venue and bar concept, offering the culture of rock ‘n’ roll with live music, entertainment, upscale pub food (many of which are Bair’s own recipes), drinks, and “instant live” recording.

Bair originally conceived RockHouse Live in 2006 after selling the majority interest of the company he founded, Immediatek, to Mark Cuban of "Shark Tank" fame and has since incubated two locations in Memphis, TN since 2013 (RockHouse Live Midtown and RockHouse Live Memphis). Bair is also known as the pioneer of "instant live recording" and has worked with and produced major artists over the last 17 years (Slash, Frampton, Devo, Blondie) worldwide, and most recently international superstar Rob Thomas, with his company DiscLive (www.disclive.net), as well as through VNUE.

Partner Jock Weaver is armed with the experience of expanding the iconic Hard Rock Café International brand, which grew under Weaver's leadership from a $750k enterprise to a multi-unit $200 million enterprise. Weaver teamed up with Bair after he fell in love with Bair's vision for RockHouse Live.  Weaver was also the founder of TBA Entertainment, at the time one of the largest live event companies in the country.

With the Pandemic winding down, Bair and Weaver see an entertainment Renaissance about to explode across the globe, with consumers of all ages starving for live music in a social setting filled with elevated American pub food plus proprietary music technology.  The partners intend to rapidly grow RockHouse Live, targeting areas close to marinas, waterfront, and tourism hotspots. 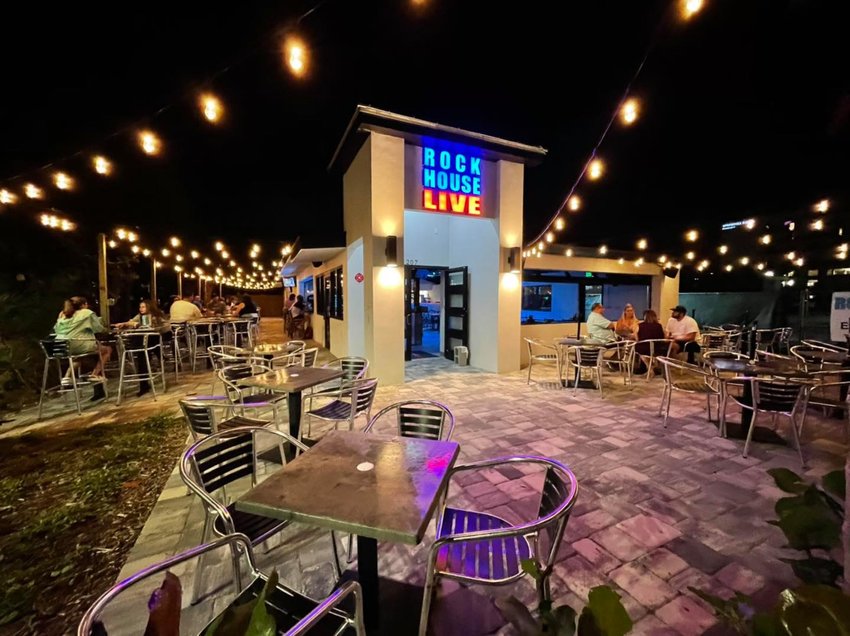 All RockHouse Live locations will feature technology from VNUE, Inc., including VNUE’s Soundstr music recognition technology (www.soundstr.com), to improve music licensing and to help the right artists get paid, and set.fm (www.set.fm), the innovative “instant live” platform that allows artists to be professionally recorded and content made available to fans immediately after select shows. Locations will also feature proprietary streaming and production technology, so that fans may experience concerts in other RockHouse locations and around the world. 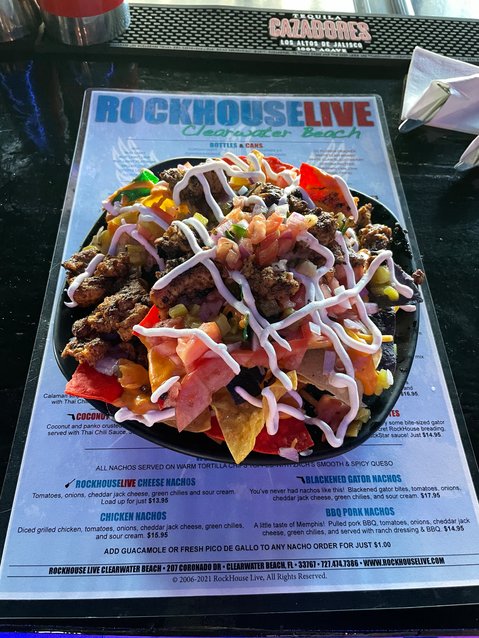 Yes, they have Blackened Alligator!

Meet Your Next Thriller: The Golden Prison, by NJ Attorney Paul Sangillo